Doug Fletcher began his career as a trial attorney working in the Dallas County District Attorney’s Office where he successfully prosecuted over 300 jury trials. In 1981 he began a civil litigation practice and for the past 30 years he has litigated over 150 jury trials to a verdict in matters ranging from complex personal injury, transportation, construction defect, construction accident, contract disputes, product liability, premises liability, Dram Shop liability and many other serious matters. His practice has evolved from classic trial representation to more expanded conflict resolution. In 1990 Doug received his first mediation training and since that time has been involved in hundreds of mediations. Doug is the founding and senior partner of the law firm of Fletcher, Farley, Shipman & Salinas, L.L.P..
Download Doug’s CV 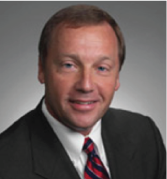