Mark W. Gilbert was licensed to practice law in 1982 after earning his J.D. degree from Baylor University School of Law. He received his Bachelor of Business Administration from the University of Texas in 1979. He is admitted to practice in the State of Texas and in the Northern and Eastern District Courts of Texas. For the first seventeen years of his career, Mark’s practice was focused on the defense of a wide variety of cases ranging from personal injury and product liability to employment and toxic tort. Mark joined the predecessor to his current firm of Lyon, Gorsky, & Gilbert in 1999 and started Gilbert Mediation Group in 2006.  Since the early 90s, Mark has mediated over 13000 mediations as well as arbitrated over 100 cases. He has also acted as a Special Master.

Schedule a mediation with Mark. 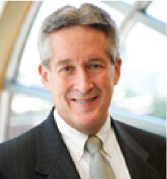